There’s a revolutionary new way for casino lovers to get their “good luck streak fix” from the convenience of their home. Modern technology has been developed to create the same thrilling sensations with the same interaction and excitement as the slots and games bring to their players in physical casinos.

GiG is a tech creation and development company, which creates products in the gaming industry. The company offers platform services, media services, sports betting services, gaming services, and casino services through their many applications, software, programs, products, and services. There are more than 700 gaming and product outlets in over 35 different countries, which provide user connectivity. Their platforms support up to 2 million players and processes over 6.1 million gaming transactions per day.

Their products range from providing services and products for all kind of technology integrated processes. GiG core is their platform services which offer solutions for businesses and can control and organize cental operations. They offer three sports betting services, GiG sports Connect, GiG Trader, and GiG Goal, all compatible with all devices and accessible wherever there is wifi connectivity. GiG Trader provides trading and risk management services and tools, Gig Sports Connect delivers sports data in real time using models and other easily legible data. 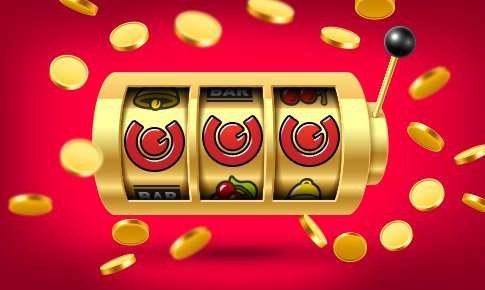 Their most popular services are their Casino services provided through their aggregator platform which develops and hosts many of their applications, games, products, and services. Their most recent project is their new self-developed game, “Wild Reels.” The game is one of the first to be created in their new GiG Games Content studio and is still under development. It has been under development for the past year and plans to launch in company with five to seven other games which will be released in the coming months.

Wild Reels is a 10 playline 5 reels video slot game with an exciting disco theme with an elegant theme pleasing to the gamers eyes. The game possessive extremely high sound and graphics quality and gives the player similar sensations as playing slots at a traditional casino or corner store would give them.

The Goal is to trigger a “free spins party!” reaction from the platform. The way to trigger a free spin party is to land three or more of the disco balls on the reels. Three scattered balls hitting the reel will award the player 8 free spins and landing four will grant the player 15 free spins. The Gold Disco balls are a substitute for the symbols which would typically be used in traditional casino games on the reels to create a win. During the player’s free spins, the game will continue to capture each spin in the wild reels. This classic casino style game can satisfy the lucky streak craving of any betting, slots and casino fanatic, making it a. must play for those who enjoy the idea of playing big in the convenience of their own home.

The Gaming Innovation Group (GiG) incorporated is licensed by the United Kingdoms Gambling Commission, and has just released the news of the reveal of their recently developed cutting-edge game. The game was designed and developed in the companies brand new GiG Games content studio, and is soon to be available for testing through their Casino Service aggregator platform. The Games content studio is also currently working on other games which will be released onto the GiG platforms in the near future.
Gaming Innovation Group incorporated plans to become a massive gaming provider in the gaming industry and plans to add more to their selection of products and services in further projects.